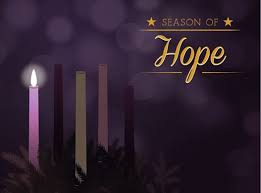 Houghton Robinson was my grade 8 teacher in the suburban Toronto district of Etobicoke. What a character! He made us work hard. We had memory work to do every single night. There were sentences to parse with every part of speech and all subordinate clauses to identify and with their relationship one to another. He introduced us to Canadian humorists like Stephen Leacock and raconteurs like Robert Service. He worked us and drilled us and because of him we developed confidence in our work as young scholars.

If he caught us daydreaming or not applying ourselves to the task at hand, he would say; “Wakey, wakey,” with a playful twinkle in his eye. We loved that man and he loved us.

Advent is here and Jesus is coming to be born anew in our hearts. Our waiting for him is not passive but fully engaged with every fibre of our being like someone preparing for a new baby.  The woman who carries the Holy Child is as sacred to us as if she were betrothed to us. The journey is long, the nights are dark and the way before us is full of peril, but we hasten even unto Bethlehem. 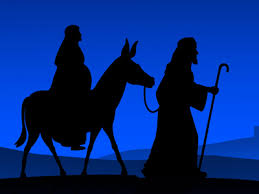 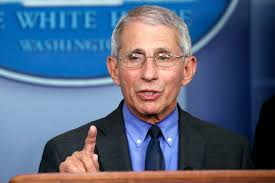 Wakey! Wakey! The Gospel tells us “Keep awake, you do not know when the master of the house will come, in the evening, at midnight, at cockcrow or at dawn, lest he find you sleeping. Keep awake!”

We stand together on Sacred Ground and like my namesake says in today’s Epistle; “I give thanks to my God always for you because of the grace of God that has been given you in Christ Jesus for in every way you have been enriched in him.”

I give thanks because you welcomed me into your life here at St. Paul’s and at St James where we share today’s worship experience. And I thank God that now with Sarah Mato and Kit Lonergan you continue your courageous conversations on Sacred Ground. Your ministry continues to strengthen and grow among you. You serve faithfully in the places God has placed you.

You walk “Sacred Ground” which is also the name given to a curriculum you are using to build relationships and conversation on the subject of race; perhaps the thorniest of all subjects in our common life. To quote from the material you are studying; “Sacred Ground is a...curriculum using film and readings to create room for dialogue and discovery about America’s history of race and racism. Sacred Ground is part of the Episcopal Church’s call towards ‘Becoming Beloved Community’ with one another. Written and crafted by the author of ‘Traces of the Trade’, this is meant to be a way of processing through some of the ways race, ethnicity, nationalism and economics have played into the ways we view race and its impact today.” 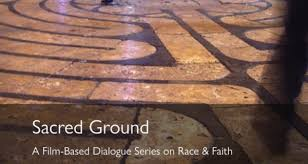 Talk about courageous conversation! At a time when much of America stands divided into silos of conflicted confrontation, you on the other hand, read, reflect and share in honest exchange of heart and soul what it means to be an American now and in the context of this moment in our history.

My pilgrimage in self awareness on issues of race and ethnicity has a long history. While in seminary I spent a two year internship in Harlem, in the wake of Martin Luther King’s assassination, to study the matter of race. I wondered what was the matter with the country I loved. I watched our cities burn in those dreadful days; the long hot summers of 1967 and 1968. I was bewildered by it all. And here we are again all these many years later.

In 1975 at the height of the Integration Crisis in Boston, I became the rector of Christ Church in Hyde Park. On the eve of my first service there, I received a phone call, not about the time of services but a death threat; “You say one word about integration while you are here we will kill you.” I stood dumbfounded, but only for a while. You know me well enough to know that such a threat did not silence me. But it did alert me to the danger that lurked around me;

When I went to Euclid, Ohio, on Cleveland’s East Side it was the same thing all over, but at least no death threat this time. It was necessary to integrate the schools once more, and this time it took a Black Baptist preacher, a Rabbi and yours truly to provide the leadership because the clergy association did want to get involved in controversy.

Finally in St. Albans, West Virginia as recently as 2006 there was a cross burning, and the Black Baptist preacher from St. Paul’s Missionary Baptist Church and I from St. Mark’s Episcopal Church led a march between our two churches with the Governor, the Mayor and a host of religious and political leaders showing the way toward a repudiation of such expressions of hatred.

The fact of racism is never far from the surface in America. And today, here I am in your midst. What shall I say? Some of you are studying the Sacred Ground curriculum and among the many things you are asked to consider is the matter of White Privilege.

Frankly, I hadn’t really considered myself a child of White Privilege. My family came from very modest means. My grandmother was left with two children when her husband divorced her. After the closing of the sardine factory in Rockport, ME her family sought refuge in the Brickbottom section of East Somerville during the Depression. There was some work and they managed to eke out a living. But there were hard times.

Eventually we made our way to the Davis Square section of Somerville, but this time my mom found herself alone again. My dad was not much for bringing home a paycheck. He gambled on the horses. My mom and my uncle both got jobs and my grandmother collected Social Security. It took the three incomes to make a household. For most of my life, I played catch up just to pay my bills.

How then can I consider myself a child of White Privilege? 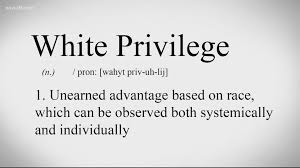 Many times I prayed about that. Then I remembered what a Black Educator told me during my Harlem internship. “If you are looking for the source of Racism you won’t find it here. You must look into your own soul and into the heart of the people you live with. Because Racism comes to America from the White community. Go home and deal with it there.”

I’ve prayed many years about these words. I’ve had the privilege of sitting in conversation with many black folks through the years and standing on Holy Ground together and learning from sacred conversation.

My answer? First I always had a home. It was warm in our kitchen and my grandmother always had the oven going in the winter. After throwing on the slipper socks she knitted for me I could scurry downstairs where her pipin’ hot blueberry muffins were waiting.

As modest as it was, my family was at least able to find work. We were able to take vacations at Old Orchard Beach and Lake Winnipesaukee.

When I got to school, we were expected to excel. We were of various ethnicities and diversities but we were all white in Somerville in those days.

Our police looked like us and had Irish names. Our neighborhood cop was Jimmie and he watched us like a hawk and if we stepped out of line he’d grab us by the scruff of the neck and bring us home where Ma would mete our justice swiftly and certainly. He never brandished a weapon. It was not until 1974 when Somerville hired its first black police officer. 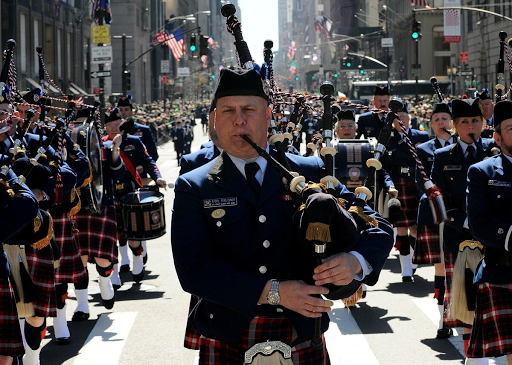 I had no idea the extent to which all of this was privilege. It took many years of soul searching to realize that what I had as a child, modest and meager though it might be was a wealth of privilege. I had a home, I had a secure community. Much of what I took for granted by way of housing, jobs, education, policing, and education was denied systemically to many in the Black community. And sadly the use of racial epithets was common in our household and in the neighborhood.

When my mom remarried and we moved to Toronto, I found myself jarred out of Blue Collar Somerville into the upward mobility of solid white Middle Class suburban Toronto. I found the adjustment difficult. We could no longer play in the streets. We had to go to parks. There were no tenement stoops where the neighborhood gathered. Our schools were even more demanding. Thank God, at least we had the Church.

Suddenly I found myself College bound. It was expected of all of us. We had to master English, Latin and French, Algebra and Trigonometry, Canadian and British history. We had to memorize Shakespeare, Milton, Wordsworth and more.

College was expected of all of us and it was almost free. The Ontario Health Insurance Plan became the law of the land in 1966. Because of my Step-father’s job we had the privilege of vacations every year and we could go home to Somerville every Christmas and Summer for as long as my beloved grandmother lived. My mother and step father retired very comfortably to St. Petersburg, FL upon retirement.

You can see a pattern emerging. When I returned to Cambridge to attend seminary I could work summers and pay for most of my room and board. What I had to borrow was manageable.

Such privilege. So many blessings. But I must tell you, the fact that I am so blessed and so many others are not, is of little comfort to me. To be a nation of “haves” and “have-nots” is little comfort any of us. To be the wealthiest nation on earth and manage to disenfranchise so many is not a blessing at all but frankly a matter of injustice and often systemic racism.

We have become two nations divided by race and by ideology and more recently a whole new posture of political confrontation has introduced us to the very real potential for violence.

Into our history and all history the Scripture speaks to us of wakefulness and the Advent of God. Speak to us O God. Come Lord Jesus! “We are the clay and you are the potter”. Form us in your likeness we pray. This Advent, be born anew in us, a Child in a Manger and warm the stone cold hearts of all once more . 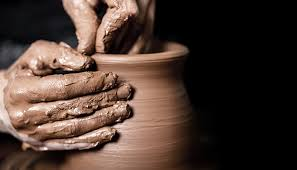 Today what I have attempted to do is describe in some small measure how one human heart has listened to God in the context of our American Experience and in my lifetime. I do admire you for your continued conversations and your journey on Sacred Ground. It will be this kind of wakefulness that will build new Hope in our common life.

The First Candle of this Sacred Advent Wreath is the candle of Hope. May we all light the way to Hope as we walk God’s Sacred Ground together. And let the Psalmist sing; “Restore us, O God of hosts; *
show the light of your countenance, and we shall be saved.

In the Name of God; The Most Holy Undivided and Everlasting Trinity. Amen. 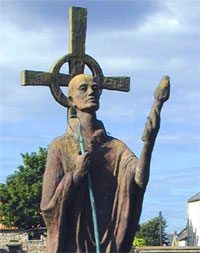 What could be a better way to share the joy of this day for Anglo-Celts like me than to share some of what I’ve learned about the development of Spirituality in the land of my ancestors.

Here for the record is yesterday’s (August 30, 2020) presentation of Godspell.

My Keynote/Power Point presentation you can see by clicking this link.

And the video podcast is available at this link.

God Bless us everyone on this glorious St. Aidan’s Day.